How Hillary Clinton Was Fed Information In the Trump Debate 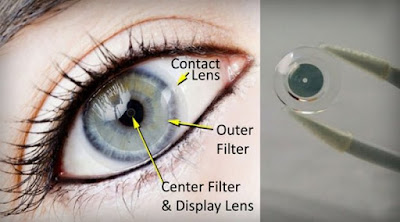 September 27, 2016 As another Lame Cherry exclusive in matter anti matter. This is worth that 350,000 dollar donation from you multi millionaires. For those who happened to watch the Trump Clinton Debate, or care to rewatch it, you will notice something that others noted in Mrs. Clinton was speaking in these sentences which seemed to be as if someone was reading them to her in a translation. If you recall or rewatch this debate, Mrs. Clinton began it by blinking oddly as if she was trying to focus. Later in the debate her eyes kept shifting left as if she was reading something. Still later in the debate her eyes were opening extremely wide. Now what would cause that reaction? This is beyond as this blog stated that Mrs. Clinton had the questions before the debate and has had them for some time.  ( I have seen from several sources that it appears Sec. Clinton had an advance copy of the questions for the debate…  why am I not surprised ??  /dt ) Now for the first time, the Lame Cherry will explain what Mrs. Clinton was reacting to. She did not have an earwig as in the first debate, but instead had an advanced in production contact lens which literally was running like a teleprompter. That is why the sentences were in bursts and complete. It was the exact pattern of a United Nations translator which everyone has heard, when you are being fed one line of information and you have to speak it. This is termed augmented contact lenses, and are in production and DARPA or the futurist military development group has been developing even more advanced systems for years.

… company specializing in display technology based on eyewear andcontact lenses has sealed … on high-tech contact lenses … sets designed for the military.

Of course Hillary Clinton cheated, she always cheats. Now you know how she did it, and why her eyes were reacting differently, and why her speech patterns sounded robotic. We know absolutely that this was preplanned in the Contactgate in “details” and “prepared” were the talking points from the Clinton campaign in the spin. The campaign had this written out, because Mrs. Clinton’s computerized contact lenses of course had the details. Poor Hillary though, she cheats, she has moderator help, has the questions to crib, and she still gets wiped out by Donald Trump. I hear DARPA has an artificial brain. Perhaps Hillary can drop that in with a personality next time, so she can lose again to President Elect Donald Trump. I told you that this was worth the 350,000 dollar big donation from the multi millionaire readers. Source:  http://lamecherry.blogspot.com/2016/09/how-hillary-clinton-was-fed-information.html